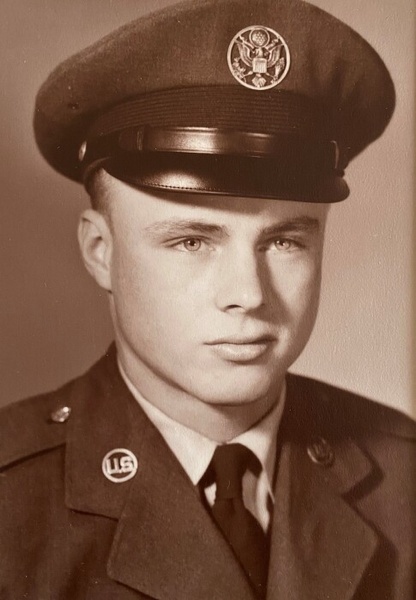 William Jack Mitchell was born October 13, 1934 in New Boston, Illinois the son of Harold “Bill” and Dorthy Christensen Mitchell. He received his schooling at New Boston, IL and graduated in 1952. He joined the US Air Force and served during the Korean Conflict. Jack went to Nashville Auto-Diesel School in Nashville, TN receiving his certificate of proficiency in Arc and Acetylene welding on February 16, 1959. Then he went to Cleveland, Ohio to the Lincoln Electric Company and got his certification for Advanced Pipe Welding on November 20, 1959. He became a cross country pipe\line welder, owning his own rig. Jack had a farm near Joy, IL where he raised cattle and horses for several years. His horses were very important to him. Jack had the gift of gab and loved to visit with people and his family. He moved to Brookstone of Aledo in 2018.  He was also a member of the World Wide Church of God.

He was preceded in death by his parents, sister Donna Fourdyce, aunt Lyla and uncle Brownie Houck and several nieces and nephews.

To order memorial trees or send flowers to the family in memory of W. Jack Mitchell, please visit our flower store.