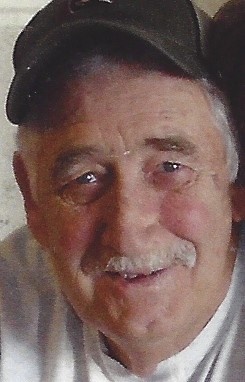 Funeral services are 3:00 p.m., Saturday, April 23rd, with visitation 2 hours prior, at Dennison Funeral Home, Aledo.  Burial with graveside military rites will be in Peniel Cemetery, rural Joy.  A luncheon will follow the graveside at Mercer County V.F.W., Aledo.  Memorials may be left for American Cancer Society or Mercer County V.F.W.

William Eugene was born November 23, 1942 in St. Charles, Missouri the son of Gene and Nellie Grammer.  Willy served in the United States Navy from 1959-1963.  In 1964 he married Karen Sue Halm, together they had 3 children, they later divorced.  He later married Sandra Mowry in 2006, they were married until she passed in October 2021.  Willy worked construction as a bricklayer with E&H Restoration.  After he retired in 2013, Willy went to work for Frieden Farms.  He was a lifetime member of V.F.W. Post 1571, and 50 year member of International Union of Bricklayers and Allied Craftworkers.  Willy loved riding his Harley, and in his early years enjoyed hunting and fishing.

He was preceded in death by his parents, son:  Pete, and wife: Sandy.

To order memorial trees or send flowers to the family in memory of William "Willy" Grammer, please visit our flower store.