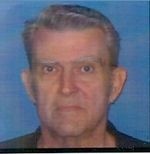 Wilfred Grant "Sonny" Kilgore, 72, Galesburg, died Monday, Nov. 8, 2010, at home. Graveside service will be at 11 a.m. Monday, Nov. 15, at Rock Island Arsenal National Cemetery. Those attending should meet at iWireless parking lot no later than 10:45 a.m. Military rites will be conducted by Mercer County V.F.W. Post 1571. Dennison Funeral Home, Viola, is in charge of arrangements. Memorials may be made to Quad Cities Honor Flight. He was born Nov. 8, 1938, in Galesburg, the son of Wilfred Edward and Mabel Louise Miller Kilgore. He married Mary Gene Shepherd on Nov. 26, 1961, in Viola. She died Sept. 8, 2008. Surviving are his children, Todd Kilgore and fiance, Crystal Brown, Rock Island, and Linea Atchley, Ardmore, Tenn.; four grandchildren with one on the way; and a sister, Peggy. He was preceded in death by his parents; sister, Ina; and brother, Bill. He held numerous degrees in many fields from Marycrest College. He also graduated from RETS Electronic School, Rock Island. He served in the Army from December 1961 to December 1963. He enjoyed his many hobbies, which included miniature trains, model cars, hot rods, religion, gardening and bird watching. Mr. Kilgore was an accomplished artist. He was a life member of Disabled American Veterans and its Commanders Club and was a former member of Quad City Cruisers.

To order memorial trees or send flowers to the family in memory of Wilfred Grant "Sonny" Kilgore, please visit our flower store.