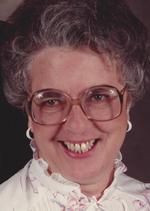 Virginia was born March 15, 1936 in Davenport, Iowa, a daughter of Milton and Gwendolyn Maxine Humble McDonald.  She married Thomas Lascelles on September 22, 1961 in New Boston.  Mrs. Lascelles worked at Illinois Bell Telephone Company, Rock Island, for 35 years, retiring in 1990.  She was a member of the telephone company’s Pioneers Club.  Her many hobbies included going to the casino and also shopping with her best friend, Jan Downey.  She loved to watch the pelicans and eagles on the Bay from her window.

She was preceded in death by her parents, sister Cheryl and brother James.

To order memorial trees or send flowers to the family in memory of Virginia Lascelles, please visit our flower store.