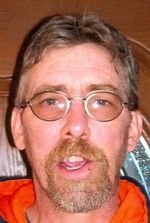 Troy L. Ullom, 47, of Rock Island, died Friday, Nov. 6, 2009, at his home. Memorial services will be 6:30 p.m., with visitation from 4 to 6 p.m., Wednesday, Nov. 11, at Dennison Funeral Home, Viola. Memorials may be made to Milan Animal Shelter or Miles Memorial Park Committee. He was born Dec. 30, 1961, in Mendota, Ill., son of Wilber and Joan Hoelzer Ullom. He served two years in the Army and then he worked at the Truss Plant at Wheeler Lumber in Rock Island. He was an avid Chicago Bears fan, enjoyed golf and riding his bicycle. Troy was a Harley Davidson collector and loved his dog, Harley. His memberships included NRA and Matherville Eagles. Survivors include his parents, Bill and Joan Ullom, Viola; sister, Tracy Byrne, Viola; brother, Tim Ullom and fiancee, Tracy Benedict, Viola; niece, Brianna (Carsten) Adams and their children, Parker and Lilly, Matherville; and niece, Danica Ullom, Macomb, Ill. He was preceded in death by his grandparents.

To order memorial trees or send flowers to the family in memory of Troy Ullom, please visit our flower store.