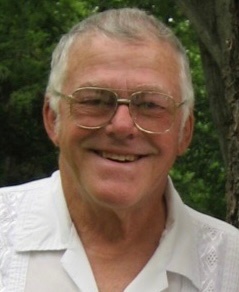 Tony was born December 28, 1939 in Rock Island, the son of Walter “Pete” and Agnes (Schaechter) Mack. He was drafted into the Army in 1962. Tony married Janet K. Kelley July 7, 1962 at Sacred Heart Catholic Church, Davenport. He worked on the family farm until it was sold in 1964. He then was employed with Consolidated Foods in Davenport and started trucking for his brother in the family trucking business. Tony became sole owner of Mack Trucking when his brother died in 1982 and eventually passed the business on to his son Pete. Mack Trucking has proudly served the area for over 75 years. Tony was elected Mayor of Viola in 1989, serving 12 years until 2001 when he retired to enjoy trips to Texas in the winter with his wife. He was a Fourth Degree Knight of Columbus in Council 1496, Monmouth and served on St. John’s Cemetery Board. Tony loved camping.

Tony was preceded in death by his parents, brother and sister-in-law Dennis  (Dolores) Mack, and brother-in-law Tom Forsyth.

To order memorial trees or send flowers to the family in memory of Tony Mack, please visit our flower store.