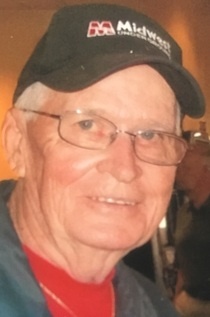 Per his wishes cremation rites have been accorded and services will be
at a later date. Dennison Funeral Home in Aledo is assisting the
family with arrangements.

Tom was born June 27, 1937 in Burlington, IA the son of Roy and Hazel
McNall Whitehall. He married Louise Ferguson November 1, 1957 in
Keithsburg, IL. Tom served in the Army during Vietnam. He retired from
Alcoa in 1997. Tom was a member of the Milan American Legion, Rock
Island Moose Lodge and Keithsburg First Christian Church. He enjoyed
playing golf, boating and camping.

Online condolences may be left at www.dennisonfuneralhome.com.
To order memorial trees or send flowers to the family in memory of Tom Whitehall, please visit our flower store.
Send a Sympathy Card
Send a Sympathy Gift