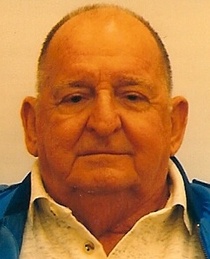 Visitation will be at St. Anthony’s Catholic Church, Matherville on Saturday, June 18th beginning at 10:00 a.m. until the Funeral Mass at 12:00 p.m. (Noon).  Burial, with military honors, will be in Farlow Grove Cemetery, Matherville.  Memorials may be left for the family.  Dennison Funeral Home, Viola is assisting the family.

Tom was born May 16, 1931 at home in rural Reynolds, Illinois a son of Mike and Alice B. David Miller.  On September 15, 1956, he married Sis Corwin at St. Anthony’s in Matherville.  Tom worked at the Rock Island Arsenal, retiring in 1991.  Prior to that he worked as a carpenter, and still enjoyed woodworking to this day.  He served in the United States Air Force and was a Disable Atomic Veteran, surviving 6 hydrogen bombs during the Korean War.  On July 4, 2014, the President of Korea awarded Tom with the Peace Medal.  He was a life member of both the V.F.W. and American Legion.  He was active within the Matherville area, as a 30+ year member of the Fire Department and overseeing Lake Matherville for many years.  He was a devout member of St. Anthony’s Catholic Church.  Tom was well-read and enjoyed painting.

He was preceded in death by his parents and siblings:  Bob Miller, Carol Steagall and infant sister Rose.

To order memorial trees or send flowers to the family in memory of Tom Miller, please visit our flower store.