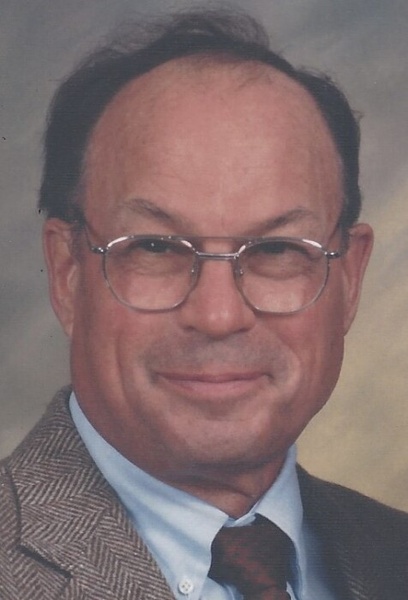 Recitation of the Rosary will begin at 4:30 p.m. on Monday, November 1st, followed by visitation from 5:00 – 7:00 p.m. at Dennison Funeral Home, Viola.  Funeral Mass will be 10:30 a.m. on Tuesday, November 2nd at St. Anthony Catholic Church, Matherville.  Burial will be in St. Joseph Cemetery, rural Preemption Township.  Memorials may be left for St. Joseph Cemetery Maintenance Fund or Matherville Fire Department.

Tom was a life long resident of Matherville.  He attended Matherville Grade School and Sherrard High School.  Tom graduated from the University of Illinois in 1956 and soon after married his high school sweetheart, Janet Lucas, at St. Anthony Church in Matherville.  He was inducted into the Army the same year.

Tom enjoyed playing baseball.  While in the service he played on a military baseball team and also a softball team.  The softball team was all Army champions and went on to represent the Army in the world softball tournament held that year in Florida.

After serving in the military, he worked as a metallurgist for both the International Harvester & Co. and John Deere & Co.  He later co-founded Harris Casting Company with his brother Ralph.  He went on to become sole owner and manager before selling the business in 1994.  He remained as a consultant until the year 2000.

Tom served as Matherville Mayor, Mercer County Board as finance committee chairman and later as board chairman.  He also served on the St. Anthony parish council and as an extraordinary minister for many years.

He was preceded in death by his parents James and Melva (Olsen) Harris and infant sister Nancy.