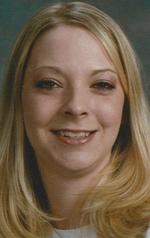 Tiffany was born September 19, 1981 in Rock Island to Terry and Theresa Smith Plunkett.  She graduated from Sherrard High School in 1999 and later graduated from Blackhawk College of Nursing.  Tiffany was a stay at home mom and loved spending time with her daughter and helping others.  She collected angels.  She loved the Chicago Bears and NASCAR, especially Dale Jr.

She was preceded in death by her grandfathers, John Plunkett and Harold “Red” Smith and her best friend, Nicole Bloomfield.
To order memorial trees or send flowers to the family in memory of Tiffany Plunkett, please visit our flower store.
Send a Sympathy Card
Send a Sympathy Gift