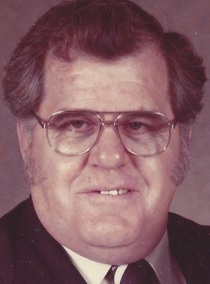 Tom was born February 21, 1940, a son of Frank and Margaret Wedekind Lascelles.  He graduated from Reynolds High School.   On September 22, 1961, he married Virginia McDonald in New Boston.  They were married 51 years, before her death on October 19, 2012.  Tom retired from Eagles Warehouse as a truck driver and was a member of the Teamsters.  He was a talented mechanic and enjoyed restoring old tractors.

He was preceded in death by his parents, wife, and a brother Bill Lascelles.

Cards of condolence may be sent to the family - Vickie Sedam  913 North Street, New Boston, IL  61272.  Online condolences may be left at www.dennisonfuneralhome.com.

To order memorial trees or send flowers to the family in memory of Thomas Lascelles, please visit our flower store.