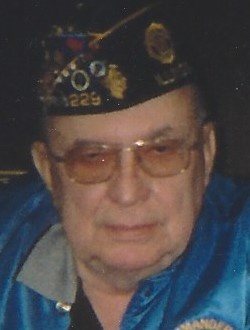 On Tuesday, June 8th at Dennison Funeral Home, Viola… Recitation of the Rosary will begin at 4:30 p.m., followed by visitation from 5:00 – 7:00 p.m.  A Funeral Mass will be 10:00 a.m. on Wednesday, June 9th at St. Anthony Catholic Church, Matherville.  Burial will be at a later date at Rock Island National Cemetery.  Memorial may be left for Stand Up for Veterans.

Terry Louis was born May 25, 1943 in Galesburg, Illinois the son of Walter and Edna Rouse Ludwig.  On September 25, 1961 he married Margaret Quintana in Galesburg.  SMSGT Ludwig was career Air Force, retiring in 1989 after 27 years of service.  He was a member of Viola V.F.W. and American Legion, 40 & 8, Disabled American Veterans and American Legion, East Moline.  After retirement he worked at East Moline Correctional Center.  Terry was a member of St. John Catholic Church, Viola.  He enjoyed fishing and hunting, his greatest joy was time spent with family especially his kids and grandkids.

He was preceded in death by his parents, daughter:  Tammy Watkins and brothers:  James and John Ludwig.

Online condolences may be left at www.dennsionfuneralhome.com.