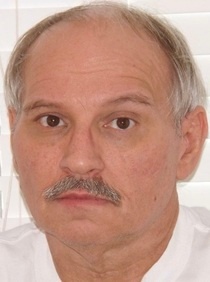 Cremation has been accorded, and private family services were held.  Memorials may be made in his name to the American Cancer Society or American Diabetes Association.  Dennison Funeral Home, Aledo assisted the family.

Steven Douglas Coons was born May 15, 1952 in Muscatine, Iowa a son of Billy Lee and June Lavelle Dierdorff Coons.  He was a 1970 graduate of West Liberty High School.  Steve worked as a machinist his whole life; beginning at Rohners in West Liberty then moving on to Tibor Machine Products in Rock Island, where he retired from after 22 years.  He was a member of First Baptist Church in Joy, Illinois.  Over the years, Steve played in many bands including TZRR and 100 Proof.  He was an avid sports fan and loved the Islanders, Steelers and Hawkeyes.

Those left to cherish his memory are his children:  Holly Hall of Urbana, OH, Shannon O’Neal of Huffman, TX, June (Daniel Fox) Coons of Letts, IA and Billy (Beth Bredow) Coons of Davenport, IA; 7 grandchildren; siblings:  Helen Coons and Craig Coons both of Muscatine, IA and his significant other:  LuAnn Wall of Galesburg, IL.

He was preceded in death by his parents, 2 brothers:  Brian and David Coons and his beloved dog, Jake.

To order memorial trees or send flowers to the family in memory of Steven Coons, please visit our flower store.