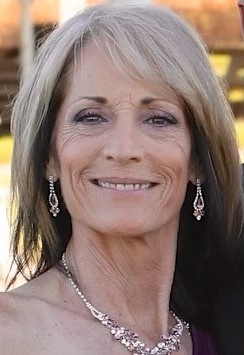 Per her wishes, cremation has been accorded and a private memorial service will be held at Dennison Funeral Home, Aledo.  Memorials may be given to Mercer County Animal Shelter.

Stephanie Lee was born April 25, 1957 in Aledo, Illinois the daughter of Stephen and Fran Zabbia Murphy.  She graduated from Westmer High School.  Stephanie retired from General Grind and Machine, Aledo.

She was a member of Grace Evangelical Free Church, Aledo and attended Cowboy Church, Boden.  Stephanie loved all animals, especially her horses as well as being outdoors.  Her greatest joy was time spent with family.

She was preceded in death by her parents and sister:  Ann Marie Murphy.

To order memorial trees or send flowers to the family in memory of Stephanie Murphy, please visit our flower store.