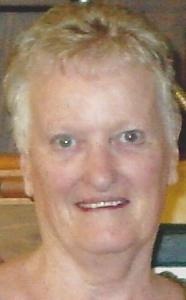 Shirley Jean was born August 8, 1931 in Keithsburg, Illinois a daughter of True Clinton and Pearl Mable Harris Brown.  On March 7, 1947, she married Glenn C. Litwiler in Oquawka, Illinois.  They were married until his death on February 20, 2005.  Shirley cleaned The National Bank, Aledo for 20 years.  She also took pride in being a homemaker, caring for her family then eventually babysitting her grandkids.  In the area, Shirley was a legendary cook, baker and pie maker; often sharing her food with family and friends, she was a giving person.  Shirley and Glenn enjoyed many years of shopping trips and vacations with Ruth and Wayne.  She enjoyed country music and was active with the V.F.W. Auxiliary.  She looked forward to her weekly breakfast outings with her sisters and family.  Shirley was a fun loving person, with an infectious laugh, she will be missed.

To order memorial trees or send flowers to the family in memory of Shirley Litwiler, please visit our flower store.