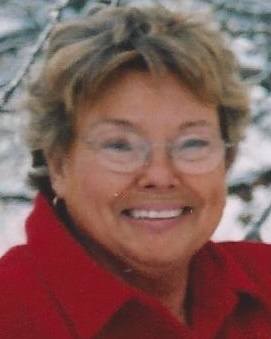 A celebration of life will be held at 1:00 p.m., with visitation one hour prior, on Friday, May 3rd at First Christian Church, Keithsburg.  Burial will be in Greenmound Cemetery, Keithsburg.  Serving as pallbearers are Derrick Trader, Rodney Taylor, Ben Geisinger, Darrell Inman, Johnny Jackson and Daniel Hyett.  Memorials may be left for the family (to help with medical expenses) or the Mercer County Animal Shelter.  Dennison Funeral Home, Aledo is assisting the family.

Shirley was born January 5, 1937 in Ottumwa, Iowa, the daughter of Wesley and Helen Bulten Jaster.  She graduated from Ottumwa Highs School in 1955.  On June 9, 1956, she married John M. Jackson.  Together they travelled and worked for Kenney Shoe Company.  Her favorite “job” was the ten years she spent as a volunteer worker at a bazaar in Urbana, Ohio that benefitted special needs people.  Shirley enjoyed feeding and watching birds, gardening and music.  She had a love for animals, especially dogs.  Shirley attended First Christian Church in Keithsburg for several years… after moving to Aledo in 2004, she began attending Community Bible Fellowship in Aledo.