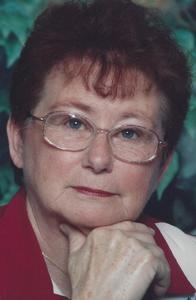 Funeral services are Noon on Saturday, Nov. 2nd, with visitation 1 hour prior, at New Boston United Methodist Church.  Burial will be in New Boston Cemetery.  In lieu of flowers, memorials may be left for the family.  Dennison Funeral Home, Aledo is assisting the family.

Sandra was born August 29, 1939 in Watertown, Wisconsin a daughter of Henry and Marian Davenport Sellnow.  She married George Rupprecht and together they had 8 children.  Her longtime significant other was Lex Jones and her recent companion was Ron Cruthis.

Sandy was the caretaker of the New Boston Campground and she mowed for the City of New Boston.  For many years, she was a bus monitor for disabled children.  She was very active in her community, loved to be there for people and help everyone.  From the annual fish fry to the museum or conservation club, if help was needed she would be there volunteering.  You could usually find her out giving away the crafts she made or the goodies she baked.  Sandy was even named New Boston’s Citizen of the Year, in the past.  She loved fishing, hunting and enjoying the outdoors.  Sandy was most famous for being known as the #1 Green Bay Packers Fan.

She was preceded in death by her parents, significant other Lex Jones and several siblings.

To order memorial trees or send flowers to the family in memory of Sandra Rupprecht, please visit our flower store.