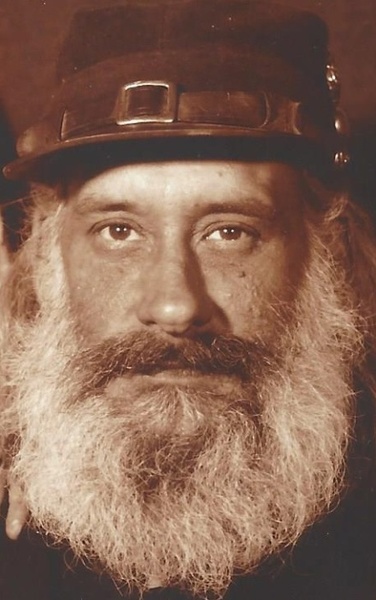 A family directed memorial service will be held at 10:00 a.m. on Saturday, August 10th at First Christian Church, Keithsburg.  Cremation has been accorded.  The family request that in lieu of flowers, memorials be left for the family to help with expenses.  Dennison Funeral Home, Aledo assisted the family.

Russell was born October 19, 1951 in Aledo, Illinois the son of Benno Elmer and Mary Jane Cederlund Grabbe.  He graduated from Aledo High School.  In his younger years, he had worked at the Viola Rock Quarry then at Watts Trucking.  From there he went on to work for Aledo Air Marine for 30 years.  Russell was an avid participant in Civil War Reenactments, especially with the Galesburg Heritage Days.  He was a “jack of all trades” and knowledgeable mechanic… if it had a motor, he could fix it.  He enjoyed antique and tractor shows.  He tinkered with restoring tractors and owned an antique Farmall Tractor.

He is survived by his son:  Cody James of Aledo and grandchildren:  Anna-Mae James and Jesse Joseph James.