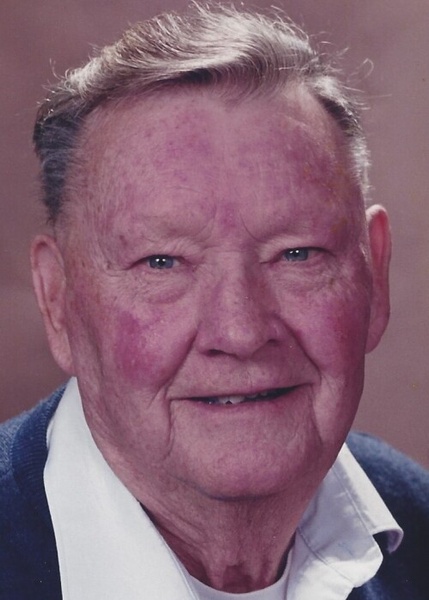 Per Roy’s wishes, cremation has been accorded and there are no services.  Dennison Funeral Home, Aledo is assisting the family.

Roy Paul Nebiker entered this world on June 28, 1921 in Hasbrouck Heights, New Jersey the son of Robert and Eugenia Walser Nebiker.  He was a member of the Ivy League who proudly graduated in 1947 from Columbia University.  He was supposed to graduate in 1944, but World War II had other plans for Roy.  He entered the Army in 1942 and valiantly served his country abroad in both England and Germany.  He was honorably discharged in 1946.  Roy also worked as a nuclear health physicist during the Cold War at the Hanford Nuclear Reservation in Richland, Washington, where he met Lucille Irene Sedam, a first-grade teacher.  The couple was married on December 12, 1951 in Yakima, Washington.  Roy was a nuclear engineer employed by the U.S. Army Foreign Science and Technology Center in Charlottesville, Virginia, retiring on October 3, 1981.  After retirement, Roy and Lucille returned to her family farm in New Boston, Illinois to help take care of her elderly parents.  Roy enjoyed woodworking, fishing and reading.  He was always eager to assist his brothers-in-law… from farming to helping build his own home.  Always a city boy at heart, Roy never lost his New Jersey accent or his strongly held opinions, he is well remembered and loved by all who knew him.

Those left to cherish his memory are his nephew:  Ralph Nebiker; nieces:  Eugenie Nebiker Sheinberg and Colleen Safir;  brothers-in-law and sisters-in-law:  Clark and Shirley Sedam, Chester Sedam and Lola Sedam as well as a host of other beloved Sedam family members who surrounded him in the Illinois countryside.

He was preceded in death by his parents, wife:  Lucille, son:  Bobby; brothers-in-law:  Clyde Sedam and Jake Gluba and sisters-in-law:  Caroline Gluba and Ressa Mae Sedam.

To order memorial trees or send flowers to the family in memory of Roy Nebiker, please visit our flower store.