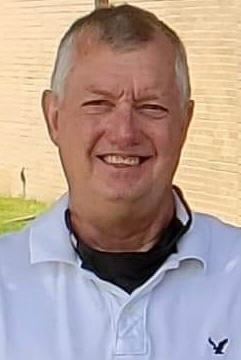 Ronald Christian, 63, of Matherville, Illinois died Saturday, February 26, 2022 at Trinity Rock Island.  Per his wishes, cremation has been accorded and a celebration of life will be held at a later date.  Memorials may be left for Quad City Animal Welfare Center.  Dennison Funeral Home, Viola is handling arrangements.

Ron was born in Summersville, West Virginia on August 24, 1958 to Delbert and Edna Marie Elliott Christian.  The family moved to Illinois shortly after; eventually settling in Matherville in 1972.  He graduated from Sherrard High School.  Ron was enlisted with the US Army from 1980-1986, as a drill sergeant.  Following his military service he became a Rock Island County Sheriff Deputy until 1989.  He spent the rest of his life working as a machinist in the greater Quad City area.

When he wasn’t at work, he loved working on and racing stock cars, go carts and SCCA class events.  He loved going to car shows and swap meets also.  He enjoyed watching all the kids and grandkids play sports throughout their school years.  Football, basketball, wrestling… it didn’t matter what sport, when or where, he usually found a way to always come watch.  He had a great love for his dogs, he almost loved them more than the family.  There was also the fact that he was the real life embodiment of “Tim the Tool Man Taylor”.  If he could get hurt doing something, he always found the way.  Everyone always joked, Ron’s doing a project and using power tools… quick get your phone and dial 911 because you know it’s going to happen.

To order memorial trees or send flowers to the family in memory of Ron Christian, please visit our flower store.