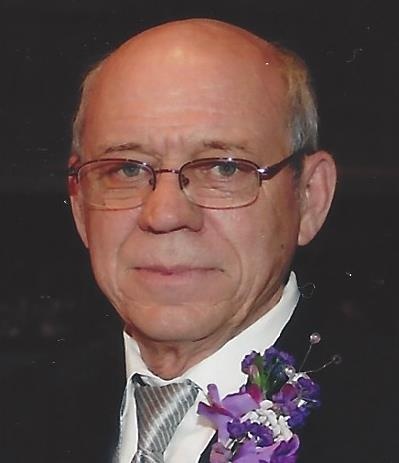 Rodney was born December 1, 1951 in Aledo, Illinois the son of Ellis Boyd and Mildred Carlson Thirtyacre.  Rodney was a truck driver; logging many miles in his 37 years of driving and teaching many to drive truck.  In his early career, he hauled goods for Eagles and Dean Foods.  Rodney loved hauling livestock for Lathrop and enjoyed seeing the country, especially Wyoming and Montana.  Before he retired from the industry, he could be spotted around the Quad City area filling up gas stations.  His Daufeldt Trucking family was precious to him and he said that they gave him a really good work life.

When he was not driving down the road, Rodney enjoyed two stepping to old country bands.  He also enjoyed his coffee time with the Viola and Matherville communities.  His true joy was being “Grandpa Rod Rock” and spending time with his two granddaughters.  The three of them loved their sprinkle doughnut time at Casey’s and their visits to the Ryan farm to see the "little baby goats".

He was preceded in death by his parents, his brothers Rick and Donnie Thirtyacre, and his sister Susan Coutant.