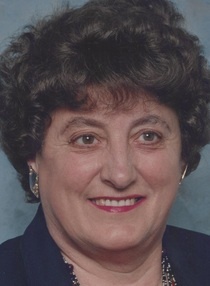 Private services will be held, with burial in Viola Cemetery.  Memorials may be left for Viola United Methodist Church.

She was born in Denver, CO to Robert and Maude Vance Jensen.  Bobbi graduated from Aledo High School.  She married Lyle Thomason and they farmed south of Viola.  After Lyle’s passing, she later married Harry Peterson.  Bobbi worked several jobs over the years including the DanDee in Viola, Penney’s in Aledo and she owned her own Hallmark Shop in Viola.  She was best known for her paintings.  She loved to paint and had many pictures displayed around the area.

She was preceded in death by her parents, both husbands, 4 infant children, 2 grandsons and 3 half-brothers.

To order memorial trees or send flowers to the family in memory of Roberta Peterson, please visit our flower store.