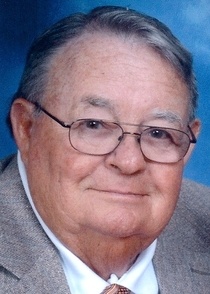 He was born August 28, 1936 in Monmouth, Illinois to Melvin and Gladys Smith Simpson.  He was raised and educated in the Alexis area, the first 8 years in a one room school house.  He joined the U.S. Navy in 1954 and served on the USS Bushnell until discharged in 1959.  Bob was a career mechanic, owning two businesses, retiring in 1993.  He was a member of Calvary Lutheran Church and Viola American Legion.

Bob married Karen Ugarph Simpson in Clinton, Iowa on October 8, 1961.  They have two children:  Jeffrey (Sharon) Simpson and Sandra Simpson Adams, both of Aledo, IL.  There are four grandchildren:  Matthew (Cindy) Simpson, Aledo, IL, Brian Simpson, Washington, IL, David Adams and Kaitlyn Adams, both of Aledo.  Bob greatly loved his family and enjoyed being with them for many activities.  He also enjoyed camping, from tents to motorhomes, traveling the country and spending winters in Florida.

He has one brother, Richard (Janet) Simpson, Alexis, IL and many nieces and nephews.  He was preceded in death by his parents and one sister, Edythe McKee.

Online condolences may be left at www.dennisonfuneralhome.com.
To order memorial trees or send flowers to the family in memory of Robert Simpson, please visit our flower store.