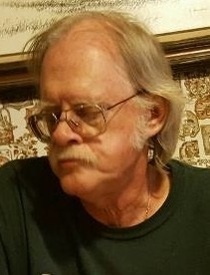 Cremation has been accorded.  A memorial visitation will be held Thursday, January 26th from 5:00 – 7:00 p.m. at Dennison Funeral Home, Viola.  The family request no flowers and memorials be directed to the donor’s choice.

Robert was born June 30, 1946 in Jersey City, NJ a son of George and Doris Sherwood Gamer.  Bob was educated as a computer specialist.  He married Barbara Rovegno in January of 1967 in New Jersey.  Bob later married Jeanene Murphy on June 4, 1988 in Mt. Prospect, IL; they later divorced.  He worked at Southard’s Car Wash in Viola and as a local computer repairman.

Survivors include his children:  Glenn G. Gamer and Heather Burke, both of Henderson, NV and granddaughter:  Holly Gamer.  He was preceded in death by his parents.