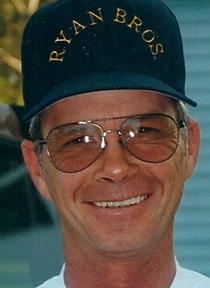 Ricky was born January 25, 1954 in Aledo, Illinois a son of Ellis Boyd and Mildred Carlson Thirtyacre.  In 1972 he graduated from Winola High School, where he had been active in all sports in school.  On April 20, 1974, he married Delores “Dee” Wolf in Viola, they later divorced.  Rick worked as a truck driver from 1978-2009, having driven for Moorman’s, Salens Beverage and American Freightways.  He was a Viola Police Officer from Dec. 3, 1979 – Jan. 1, 1996 and had been a Viola Volunteer Fireman.  He enjoyed farming with Ryan Brothers and with his son-in-law, Heath.  Rick had played church league softball, coached his daughters softball teams and recently enjoyed watching his grandkids play sports.  He collected John Deere toy tractors and loved to fish.

He was preceded in death by his parents and brother:  Donald Thirtyacre.