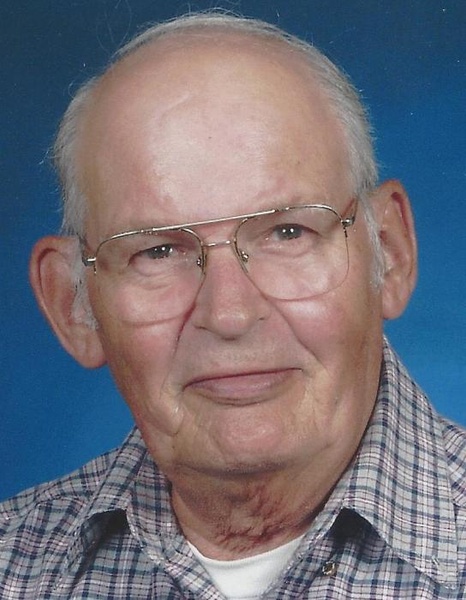 Richard Clair Lemon was born July 5, 1934 at home in rural Aledo, the son of Clair and Doris Mellinger Lemon.  Dick graduated from Aledo High School in 1952.  On April 8, 1956, he married Evelyn Burns in Aledo.  Dick worked at the Shale City Brickyard.  He then went on to work as the service manager at Henderson Ford in Aledo for 27 years, retiring in 1996.  For many years, he ran the family farm.  Dick was a dedicated member of Viola United Methodist Church, he was a member of the Methodist Men and served as the Ad Council Chairman for 10 years.  In his free-time he enjoyed woodworking and tinkering with his tractors.  Dick was a collector… especially International Harvester/Farmall tractors and antique tools.  He enjoyed displaying and attending the Viola Threshers Reunion.

He was preceded in death by his parents, sister:  Donna Dale and brother:  Jack Lemon.