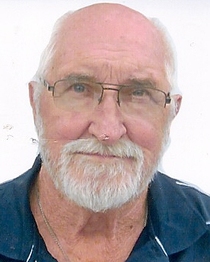 Cremation has been accorded.  Visitation will be at Dennison Funeral Home, Viola on Thursday, June 16th from 4:30 p.m. – 6:30 p.m. followed by Masonic Services.  Graveside services with military rites, will be 1:00 p.m. on Friday, June 17th at Vermont Cemetery, Vermont, Illinois.  Memorials may be left for Preemption United Methodist Church or Viola Masonic Lodge.

Richard was born February 13, 1935 in Table Grove, Illinois a son of Albert Lee and Clara Pauline Imel Rutledge.  He graduated from VIT School.  On September 17, 1955, he married Marjorie L. Parsano in Ipava, Illinois.  They were married nearly 58 years, until she passed away on July 10, 2013.  From 1957-1959, Richard served in the United States Army.  He had worked in the construction business as a laborer and as a farmhand before going to work at Farmall, where he retired after 23 ½ years.  He was a member of Viola Masonic Lodge #577.  Richard belonged to many tractor associations and had many tractors that he restored, all Farmalls.  The grandkids spent many summers with grandpa and grandma, and driving Farmall tractors in local parades.  Later in life, the Rutledge’s enjoyed wintering in Arizona.