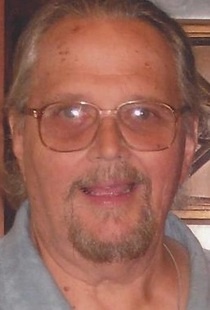 R. Craig was born April 27, 1943 in Gary, Indiana a son of J. Robert and F. Ruth Craig Kelley.  In 1961, he graduated from high school in Merrillville, Indiana.  He received his Associates in Science, in 1963, from Casper Junior College, Casper, Wyoming before graduating from Doane College, Crete, Nebraska in 1966 with a Bachelor’s in Science.  He was a talented basketball player, playing all through high school and college.  Mr. Kelley started his teaching and coaching career in Oshkosh, Nebraska in 1966.  In 1968, he attended Adams State College, Alamosa, Colorado where he was a student assistant coach while working towards receiving his Master’s Degree in 1969.  He then continued his teaching and coaching at Hibbing Community College, Hibbing, Minnesota from 1969-1970.  In 1970, he accepted a position as science teacher at Aledo High School.  During his time at Aledo, he had also been head coach of both the boys and girls basketball programs.  For many summers, he ran basketball camps and took several fishing trips with students to the boundary waters of Ely, Minnesota.  Over 30 years later, he retired from Aledo High School.  He loved teaching and his students, maintaining many long term friendships with several former students.  He was famous for handing out nicknames to his students and his children.   He was a member and former president of AEA (Aledo Education Association) and member of IEA (Illinois Education Association).

On August 16, 1980, he married Katherine Hughes in Bettendorf, Iowa.  Together, they were proud owners of Kelley’s Finish Line Farm, Alexis.  From breeding…to training…to driving, Craig loved horses.  He was a member of IHHA (Illinois Harness Horse Association) and USTA (United States Trotting Association).

He enjoyed fishing, canoeing and was a Mason.  He was an avid sports fan of the Chicago Bears, Chicago Bulls, Iowa Hawkeyes and San Antonio Spurs.  Craig was fanatic about anything basketball.  His greatest joy, was to be surrounded by family and friends.

He was preceded in death by his parents and daughter:   Kim Wolfram.