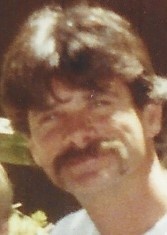 Graveside services are 2:00 p.m. Tuesday, May 26th at Peniel Cemetery, Joy.  Family will be allowed at the immediate gravesite…others may attend but must remain at their cars as we follow social distancing guidelines.  Memorials may be left for the family.  Dennison Funeral Home, Aledo is handling arrangements.

Randy William was born February 18, 1960 in Rock Island, Illinois the son of Clyde and Marilyn Decker Thompson.  He was a 1978 graduate of Westmer High School.  Right out of high school he went to work at the Joy Feed Mill.  He married Lorraine Hood, they later divorced.  Randy was with Sheila Munson for several years; together they had a son, Austin.  Randy moved to Colorado in 1992 and worked as a horticulturist and landscaper.  He loved to watch westerns and was a nature lover…he had deer eating from his hand in his backyard.  Randy was kind-hearted, and always willing to lend a helping hand.  He was proud that he made it home every year for his son Austin’s birthday.  He would take the train from Colorado to spend a week back home…where he enjoyed spending time with Austin, back-roading the countryside and visiting with old friends.

He was preceded in death by his parents, sister:  Diane Earl and brothers:  Larry, Mel, Jeff and Gary Thompson.

To order memorial trees or send flowers to the family in memory of Randy Thompson, please visit our flower store.