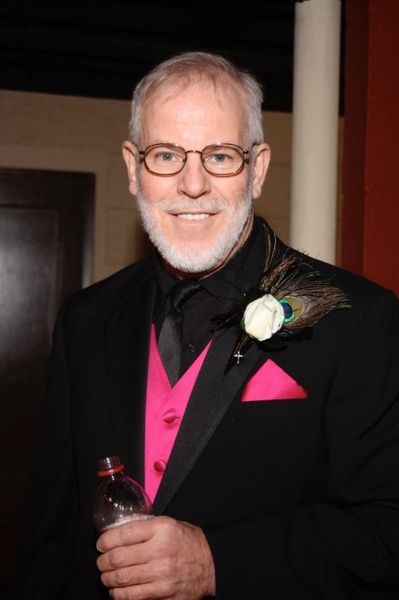 Randy Wayne Dixon, age 66, went to be with our Savior, peacefully at home on October 23, 2019. His family, whom think he was an amazing dad, compassionate husband, and fun-loving grandpa, surrounded him.

Randy was born November 27, 1952.  Wife, Connie, of nearly 47 years, survives him. They were introduced on a blind date as two “Dudley-Do-Rights” that needed to meet. Also surviving are son, Anthony (Girlfriend, Malina and her son Kaiden) of Aledo, IL, daughter and his little Peanut, Andrea, (#1 Son-in-Law - Corey) Campbell of Pekin, IL, grandson, Landon, grand-pup Tonix, grand- kitties Pee-Wee and Gizmo, 2 sisters, Judy and Wanda and several nieces and nephews.

Randy recently retired from HON Industries and had many passions.  One of his passions was woodworking. He spent the past summer building a deck with his son and enjoyed relaxing in the hot tub after a job well done. Randy also loved sports and was a fan of all Chicago teams and Nascar.  He and his son also attended a couple Cubs games, in hopes of another championship.

His family time was important to him.  He recently mentioned that his family vacation in Cancun, Mexico was the best time of his life. The family recalls him skipping back to the pool after his first-ever massage. In addition to the time spent with his family, Randy also enjoyed providing a helping hand wherever needed. Whether it was mowing, shoveling snow, completing tasks from his wife, or random projects for his kids, he always had a positive attitude. He was looking forward to working on a project at his daughters home this winter.

Randy also enjoyed his church family. He sang in the church choir and most recently was a part of Sanctum Bible Study in Aledo. As a testimony to his faith, many that visited him during his brief illness said that they had never heard him say a bad word about anyone.

Randy was preceded in death by his parents, Ralph and Margaret, brother Norman, mother-in-law, Bonnie Harter and sister-in-law, Terry Parrish.

A celebration of his life will be held on Sunday, October 27 at 12:00 p.m., with visitation 1 hour prior, at Dennison Funeral Home - Aledo, followed by a time of food and fellowship at The Depot, 112 SE 2nd Ave, Aledo, IL 61231. All memorial funds will be divided between Juvenile Diabetes Research Foundation (JDRF) and L’Abris Academy.

To order memorial trees or send flowers to the family in memory of Randy Dixon, please visit our flower store.