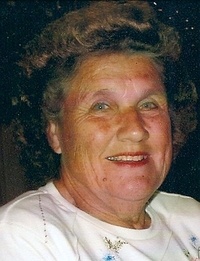 She graduated from Alwood High School. She was actively involved on her farm in the Viola area. She was a breeder of Red Angus Cattle and a member of the Red Angus Association.

Phyllis was a founding leader of the Country Kids 4-H Club and was inducted into the 4-H Hall of Fame. Her 4-H worked touched hundreds of young children and families throughout the country. She was a host mother for the 4-H IFYE program.

Along with “Spud”, Phyllis farmed – milking cows, cattle, hogs, grain and horses – along with their crew of kids. She loved teaching them how to garden, break club calves, anything to do with farming, and for fun, ride horses. She was a founding member of the New Windsor Drill Team. Her campsite was well known for good food and fun. She enjoyed sharing her love of horses with her children and grand children.

She was a wonderful mentor and friend to her children, grandchildren and their friends. Her door was always open, she was just a call away.

Phyllis and “Spud” hosted a family hog roast in September, which continued for 40 years, ending in 2012.

She was a member of Calvary Lutheran Church where she had served as a Sunday School teacher, Luther League leader and a past chairman of the Rodeo Church Tent. She also was a member of the Viola Lions Club.

She was employed 15 years at Good’s in Kewanee.

She was preceded in death by her husband, parents, daughter Connie and grandchildren Helen, Jerry and Anna.

To order memorial trees or send flowers to the family in memory of Phyllis Nelson, please visit our flower store.