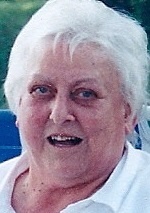 Norma June was born in St. Louis, Missouri on June 19, 1935, a daughter of Julius A. and Ora M. Robinson Galla.  She married John W. Luckey on August 9, 1961 in Cairo, IL, they were married until his death on September 24, 2003.  In her early years, she worked as a clerk at Sears.  Upon having children, she became a stay at home mom and homemaker.  Norma was a kind and loving mother.  “Groovy Grams” passed that love onto her grandchildren too.  Her greatest joy was spending time with her family.  She enjoyed books and reading and doing crosswords.  She was a member of St. Mathew Lutheran Church, Milan and The Friends of Rock Island Library.

She was preceded in death by her parents, husband, 2 brothers and 1 sister.