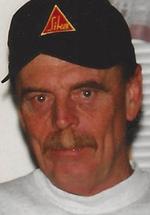 Per his wishes, there are no services and cremation has been accorded.  Memorials may be directed to the family.  Dennison Funeral Home, Aledo is assisting the family.

Mike was born August 5, 1947 in Keithsburg, Illinois a son of Alan and Edith Truman Tweed.  He married Kathryn Chapman on May 5, 1967 in Keithsburg.  Mike was a brick layer out of Local #7, Rock Island.  He and Joe Jackson started Mississippi Valley Restoration, Mike later sold his business interest to Joe.  Mike also spray painted for local farmers.  His many interest included being an amateur ham radio operator, searching with his metal detector and fishing.  He was a “motor head” and loved fast cars.

He was preceded in death by his father and a nephew Anthony Joseph Davidson.