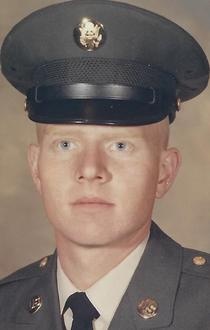 Funeral services are Tuesday, October 28, 2014 at 10:00 a.m. at Eliza Community Church.  Following the luncheon, burial will be at Rock Island National Cemetery with military honors.  Visitation is Monday, October 27 th from 4:00 – 8:00 p.m. at Dennison Funeral Home, Aledo.  Memorials may be left for the Mike Neeld Memorial Fund, to be distributed to his favorite charities.

Michael Keating Neeld was born August 12, 1947 in Muscatine, Iowa a son of Howard Sheldon and Gerie Keating Neeld.  He graduated from Westmer High School in 1965 then attended Knox College.  From 1967 to 1970 Mike served in the Army, attaining the rank of Lieutenant.  On October 2, 1971, he married Jeannette Krueger in Joy, Illinois.  Mike farmed in the Eliza area.  He was a Mercer County Sheriff Auxiliary Officer, longtime member of the Eliza Fire Department, where he had served as chief and was a lifetime member of Eliza American Legion.  Mike was a member of the Eliza Community Church, serving as a trustee.  His hobbies included farming, artillery and repairing old cannons and shooting off fireworks.

He was preceded in death by his parents and grandparents.

To order memorial trees or send flowers to the family in memory of Mike Neeld, please visit our flower store.