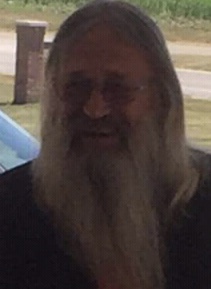 Royal M. “Mick” Willits, 62, of Keithsburg, Illinois was surrounded by family as he passed away on Monday, June 4, 2018 at Genesis Medical Center, Aledo.

Memorial services are Wednesday, June 6th at 7:00 p.m., with a visitation prior to services from 5:00 – 7:00 p.m. at First Christian Church, Keithsburg, IL.  Memorials may be made to the family.  Dennison Funeral Home, Aledo is handling arrangements.

Mick was born March 9, 1956 in Aledo, Illinois a son of Willie and Bertha Garrett Willits.  He was a 1974 graduate of Westmer High School.  On February 28, 1980, he married Ivy Wheeler in Monmouth.  Mick worked as an Over-the-Road Truck Driver for 18 years, then for Frieden Farms hauling grain.  Mick loved to party and spend time with family and friends.

A special thank you to his son, Royal, for the special help he gave his dad as #1 pallbearer.