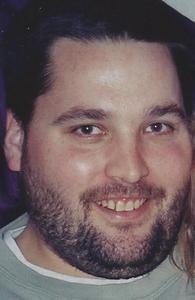 Services are 1:00 p.m. Saturday, December 7 at New Boston United Methodist Church.  Burial will be in New Boston Cemetery.  Visitation is Friday, December 6 from 4:00 – 7:00 p.m. at the church.  The family request, in lieu of flowers, memorials be left for the family.  Dennison Funeral Home, Aledo is handling arrangements.

He was born June 20, 1971 at the Mercer County Hospital, Aledo a son of Gerald and Roxann Brown Nelson.  Mick graduated from Westmer High School in 1990.  On September 23, 1995, he married Claudia Greer at Aledo Messiah Lutheran Church.  Out of that union came two beautiful daughters that Mick adored.  He worked 24 years as a flooring installer, training under Ralph Brewer and working for Mike Price Carpeting, Muscatine.  He also attended Armstrong Flooring School.  Mick took pride in his work and it showed, he was a true craftsman and perfectionist.  He liked being outdoors, enjoying mushrooming, hunting, golfing or just laying out.  Mick loved socializing and spending time with friends and family, especially his daughters.

He is survived by his daughters, Kendra and Briana Nelson, both of Aledo; parents, Roxann Nelson, Aledo and Gerald Nelson, Keithsburg; brother, Todd (Nora) Nelson, Joy; nieces, Alli Wheeler and Kimi Nelson; nephews, Zachary, Chase and Gerard Nelson; great nephew, Davis Wheeler and several aunts, uncles and cousins.  He was preceded in death by his brother, Dean Nelson and grandparents.

To order memorial trees or send flowers to the family in memory of Mick Nelson, please visit our flower store.