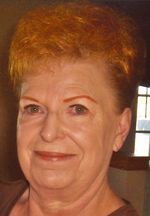 Michele K. "Mickey" Juras, 63, of Sherrard died Saturday, March 31, 2007, at Trinity Medical Center, West Campus, Rock Island. Funeral Mass will be 10 a.m. Wednesday, April 4, at St. Anthony's Catholic Church, Matherville. Burial is in St. John's Cemetery, Viola. Visitation will be 4 to 7 p.m. Tuesday, April 3, at Dennison Funeral Home, Viola, with a rosary recited at 7 p.m. Memorials may be made to St. Anthony's Catholic Church or American Cancer Society. She was born March 12, 1944, in Rock Island, the daughter of Harold "Peaceful" and Betty Curtis Turner. She married John "Jerry" Juras Sept. 25, 1965, in Matherville. She was a 1962 graduate of Sherrard High School and also a graduate of Hurley's Beauty School. She spent many years as a homemaker and worked part time at the Holiday Inn, Moline. She was a member of St. Anthony's Catholic Church, Matherville. Mickey was an avid reader and had a special talent for making floral arrangements. She was a devoted wife and mother, and her family was her greatest joy. She will be missed greatly by them. Survivors (and spouses) include her husband; Jerry Juras, Sherrard/Boden; daughter, Johnna Ryan, Davenport; two sons, Chad (Gretchen) Juras, Matherville, Ryan (Karen) Juras, Sherrard/Boden; two grandchildren, Jaiden Juras and Gabe Jackson; mother, Betty Turner, Matherville; sister, Jean Wood, Iowa City, Iowa. She was preceded in death by her father.