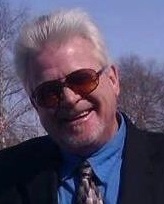 Merrol Rottman, 61, of Burgess, Illinois was surrounded by family as he passed away on Wednesday, June 12, 2019 at home.

A celebration of life will be held at a later date, cremation has been accorded. Dennison Funeral Home, Viola is assisting the family.

Merrol B. Rottman was born October 28, 1957 in Moline, Illinois the son of Richard and Vera Muller Rottman. He graduated from Rock Island High School. Merrol was a truck driver, driving for E & D of East Moline and most recently for Central Transport of Rock Island. Merrol enjoyed motorcycles, cars, drag racing and shooting pool.

He was preceded in death by his parents and brothers: Garrel Rottman and Carrol Rottman.