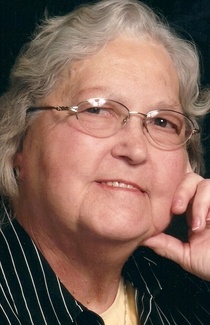 Mary E. Corlett, 71, of Viola, Illinois died Monday, March 17, 2014 at Genesis Medical Center, Aledo.  Per her wishes, Mary donated her body to science…she wanted to help others learn and in return teach.  Memorial services will be Saturday, March 22, 2014 at 1:00 p.m. at Dennison Funeral Home, Viola.  In lieu of flowers, memorials may be left for the American Diabetes Association.

Mary Elizabeth Smith was born November 27, 1942 in Davenport, Iowa a daughter of Harold, Sr. and Rosemary Crowl Smith.  She attended school in Davenport and graduated from Davenport West in 1961.  Later that year, on Dec. 10, 1961, she married Robert Corlett and spent the next fifty two years together.

Mary worked at the Rock Island Arsenal for five years until it was time to raise their three children, Harold, Brenda and Wayne, full time.  Mary also found time to be a Cub Scout leader and softball coach.  She attended any sport the kids or grandchildren participated in.  Many times she and Bob attended multiple games in the same day and seven days wasn’t out of the question.  The family loved camping, dancing, cards, traveling, water skiing, and church – anything they could do together.  Mary enjoyed having and attending yard sales, organizing family trees, scrapbooking, decorating, cooking and just being with family and friends.  She loved their new home with the tree farm, wildlife, etc.  Mary especially loved the church and they attended whenever possible.  She was very active in the Southern Baptist Church, Colona and later Village Baptist Church, Alexis.  Over the years, she had served on many committees and was a Sunday School teacher for over 30 years.

To order memorial trees or send flowers to the family in memory of Mary Corlett, please visit our flower store.