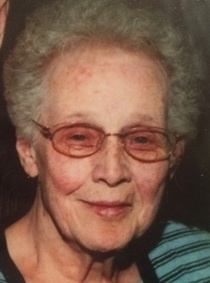 Mary Lois was born August 14, 1927 in Little York, Illinois a daughter of James and Pearl Young Harvey.  She graduated from Little York High School.  On November 15, 1943, she married Lawrence “Lossy” Anderson in Little York.  They were married, for over 65 years, until his death on Oct. 8, 2009.  Mary was a homemaker, devoting herself to her family.  She enjoyed cheering on the Chicago Cubs and Bears, or sitting quietly reading a book.

She was preceded in death by her parents, husband, son, brother and sister.

To order memorial trees or send flowers to the family in memory of Mary Anderson, please visit our flower store.