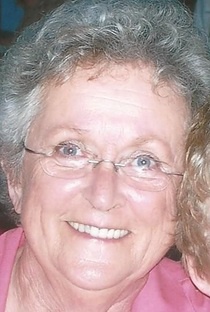 Private graveside services were held at New Windsor “Petrie” Cemetery.  Memorials may be made in her name to Mercer County Relay for Life and forwarded to Dennison Funeral Home, PO Box 194, Viola, IL 61486.

Marigene was born September 23, 1939 in Kansas City, Missouri the daughter of Gilbert and Mildred Keck Johnson.  She married John Anderson on March 6, 1955 in New Windsor.  Marigene worked as an insurance underwriter with Bituminous Insurance Company.  She was a member of Calvary Lutheran Church, New Windsor.  In her free time, she enjoyed quilting and genealogy.  She loved to attend her grandchildren’s sporting events; she was their biggest fan.

She was preceded in death by her parents and brother:  Reid Johnson.