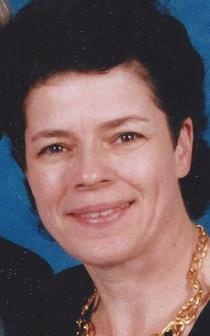 Renea Anderson, 61, of Seaton, Illinois lost her battle with ALS on Friday, February 21, 2014.  Per her wishes, a celebration of life will be held 6:00 p.m. Wednesday, February 26th at Keithsburg First Christian Church.  Following the service, the family invites all to stay for a time of food and shared memories.  In lieu of flowers, memorials may be left for the Seaton Park – S.P.A.R.K.S.  Burial will be at a later date at Indian Creek Cemetery, Columbus Junction, Iowa.  Dennison Funeral Home, Aledo is handling arrangements.

Leslie Renea was born November 1, 1952 in Muscatine, Iowa a daughter of Ronald Neal and Norma Lee Clevenger Morrison.  She graduated from Westmer High School in 1970, later graduating from the School for Community Bankers in 1990.  On November 11, 1968, she married Edward Emery Anderson at the Wesley United Methodist Church, Muscatine.  She was a bookkeeper for the State Bank of Seaton from Sept. 1981 until Sept. 1992.  She then started at Augustana College in Rock Island in the Office of Residential Life in late Sept. 1992 as a secretary/office manager until her retirement in 2012.  Renea was a life long member of Joy United Methodist Church, served several years on the Seaton Public Library Board and also belonged to Mercer County Women for Women, serving as president and treasurer.  She was on the S.P.A.R.K.S. Committee that raised over $50,000 in less than a year to renovate the Seaton Park.  She was a softball coach, a room mother, member of the PTO, an Aledo Athletic Booster and also was a 4-H member while growing up.  She enjoyed sewing, reading and flower gardening.  She always wanted to be a quilter and finished several.  She loved to bake and cook.  Family was very important to Renea, she loved spending time with her family and enjoyed her children and grandchildren so much.  Because she was a cheerleader for 6 years, she grew to be a sports enthusiast.  To this day…you could find her at sporting events, cheering.  Her dream was to see her five grandchildren go through high school and on to college, she was so proud of them.

She was preceded in death by her parents and sister, Robin Dale Laughlin.