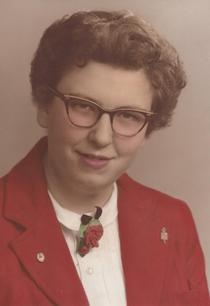 Funeral Services will be 12:00 p.m. ( noon ) on Friday, April 29, 2016 at St. Catherine’s Catholic Church in Aledo. Burial will follow at St. Mary’s Catholic Cemetery in Keithsburg. Dennison Funeral Home in Aledo is assisting the family with arrangements. Memorials may be made to the American Lung Association.

Lorraine was born June 13, 1943 in Galesburg, IL the daughter of William James and Ann L. Olson Henry. She married James E. Shaughnessy in 1977. He passed away Feb. 26, 2003. Lorraine was a member of St. Catherine’s Catholic Church in Aledo. She enjoyed reading, music, opera and trivia.

Lorraine was preceded in death by her parents; husband; sister Patricia Johnson and a brother Nicholas Henry.

Online condolences may be made at www.dennisonfuneralhome.com.