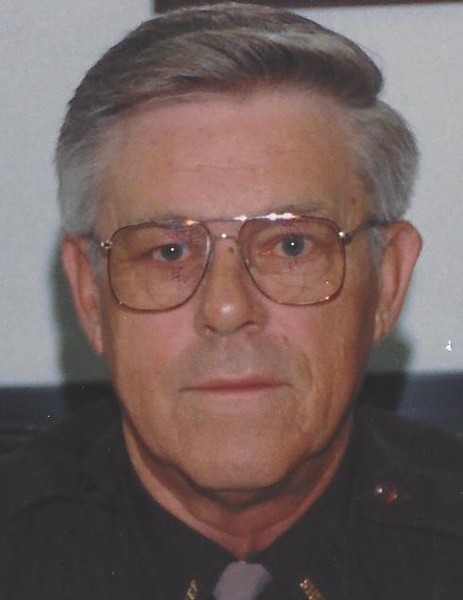 Visitation is Tuesday, July 10th from 3:00 – 7:00 p.m. at Dennison Funeral Home, Viola.  Funeral services are 10:30 a.m. Wednesday, July 11th at the funeral home.  Burial will be in Viola Cemetery.  Serving as pallbearers are Casey Switzer, Thomas Adams, Seve Anderson, Nyle Anderson, Aiden Switzer and Jason Schiess.  In lieu of flowers, memorials may be made to the family for a memorial to be established.

Larry was born December 4, 1939 in Galesburg to Emery and June Nye Glancey.  On July 6, 1957 he married Sharon Reynolds in Aledo.  From 1957-1974, Larry worked as a welder at John Deere.  He also worked as a part-time police officer for the Village of Viola from 1971-1974…this began his career in law enforcement.  In 1974 he was sworn in as a Deputy Sheriff with the Mercer County Sheriff Dept, he later was promoted to Chief Deputy/Investigator.  In 1990, he was elected Sheriff and held this office until his retirement in 2002.  While Sheriff he was instrumental in implementing many programs within the county, including Crime Stoppers, Fraternal Order of Police and Neighborhood Watch.  Larry was avid outdoorsman, enjoying hunting, fishing and watching Purple Martins in his yard.  He also enjoyed golfing and following Sherrard athletics.  His greatest joy was spending time with family and attending his grandkids events.