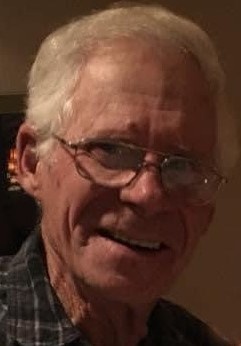 On October 16, 2021, Kenny Pearson, at the age of 76, passed on to the great machine shed in the sky where he will undoubtably be asked to repair God’s planters and combines.

Visitation is Thursday, October 21st from 5:00 – 7:00 p.m. at Dennison Funeral Home, Aledo.  Private graveside services will be held at Aledo Cemetery.  Memorials may be left for Mercer County V.F.W. Post 1571.

On October 8, 1945, Kenny was born to Cecil and Darlene (Hofer) Pearson and spent much of his life living and working in western Illinois. Kenny grew up in Reynolds and after high school, joined the Marine Corps where he served as a fuel truck operator in Vietnam. After his time in service, he returned to western Illinois and worked for Miller Container, then as an OTR driver, and then as a full-time mechanic, settling in Aledo and turning his experiences into a career.

Kenny spent much of his life becoming a premier farm implement mechanic and was widely known as the guy who could fix anything from a toaster to a combine. Often diagnosing and troubleshooting equipment over the phone for farmers in the field. Kenny was known far and wide as one of the best combine mechanics around and took great pleasure in helping farmers and friends. So much so, that he was still turning a wrench at the age of 74.

Kenny’s work ethic was driven from his three basic items of subsistence: ice cream (kept in its own freezer), Marlboro cigarettes, and black coffee. Remove any one of them and that work ethic might wain.

When not turning a wrench, he took great pleasure in the relaxing time spent fishing, whether from the boat, the shore, or on the ice and based on his own accounts, always caught the biggest crappie in the lake… even if it was only stocked with bass. He was the most proficient loser at Cribbage and Pitch but claimed that if you wanted to be great at something, you had to do it well.

Known as a jack of all trades, Kenny did it well.

A special thank you to the health care professionals, physical therapists, and support staff at Mercer Manor Rehabilitation and Genesis Health System that cared for and assisted Kenny through his final year.

To order memorial trees or send flowers to the family in memory of Kenny Pearson, please visit our flower store.