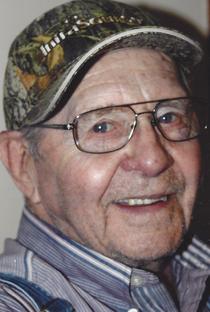 Funeral services are Friday, May 5th at 11:00 a.m., with visitation 1 hour prior, at Dennison Funeral Home, Aledo.  Private burial will be in Peniel Cemetery, Joy, IL.  Memorials may be made to the family for a memorial to be established.

Kenneth L. Anderson was born March 6, 1922 in Joy, IL a son of Peter and Elina Ahlburg Anderson.  On February 14, 1948, he married Dorothy Dixon in Joy.  They were married 68 years, until her death on March 1, 2016.  Kenny farmed his entire life in the Aledo area, retiring in 1988.  He was a member of the former Moose Lodge in Aledo.  Kenny enjoyed gardening, fishing, woodworking and riding his golf cart around Joy.

He was preceded in death by his parents, wife, siblings:  Fred, Clifford, Ernie and Lucy Anderson and Hilda Clauson and great grandson:  Kevin Smith.