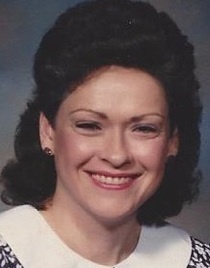 Funeral services are 10:30 a.m. on Monday, August 29th at First Baptist Church, Aledo.  Burial will be in Sugar Grove Cemetery, rural Aledo.  Visitation is Sunday, August 28th from 3:00 – 6:00 p.m. at Dennison Funeral Home, Aledo.  Memorials may be left for the family.

Kathy was born September 15, 1953 in Aledo, Illinois a daughter of Wayne and Neva Crook Lemon.  For over 30 years, she was in advertising with an antique gun magazine.  More recently, she was the office manager at NPL Tax and Accounting in Aledo.  She enjoyed NASCAR, cooking and watching cooking shows and working with the hogs on the farm.  Her greatest joy was time spent with family, especially her grandsons.

Those left to cherish her memory are her son and daughter-in-law:  Chad and Chas Jackson, Aledo; grandsons:  Austin “Cole” and Cody Jackson and brothers and sisters-in-law:  Waynetta “Candy” and Dick Anderson, Phoenix, AZ and Neil and Shannon Lemon, Aledo.

She was preceded in death by her parents, sister:  Linda Hobart, brother:  Larry Lemon and her beloved dog:  Alf.

To order memorial trees or send flowers to the family in memory of Kathy Jackson, please visit our flower store.