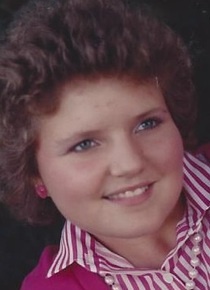 Visitation is Saturday, January 7th from 5:00 – 7:00 p.m. at Dennison Funeral Home, Viola.  Following visitation, cremation will be accorded.  Memorials may be left for the family.

Karen Lynn Houdyshell was born June 12, 1968 in Rock Island, Illinois a daughter of John R. and Jennifer C. Robinson Houdyshell.  She worked as a medical transcriptionist until she was diagnosed with multiple sclerosis.  She enjoyed collecting bears and doing crafts.

She was preceded in death by her parents and special aunt:  JoAnne Houdyshell.

To order memorial trees or send flowers to the family in memory of Karen Houdyshell, please visit our flower store.