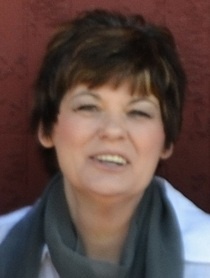 Juli led a casual life, the family request service attire to be casual in her honor.

Juli Yvonne was born January 7, 1962 in Salem, Oregon to John and Shirley Jaster Jackson.  She graduated from Winola High School in 1980.  On June 21, 1980, she married Darrell Inman.  She was a childcare provider for years, a waitress at the Milkhouse Diner/Sheppherd Street Restaurant and massage therapist at Image Design.  Julie was a real jokester and was famous for pranking people.  She enjoyed camping, fishing and mushroom hunting.  Juli also collected miniature doll house items.  Her greatest love was spending time with her family, especially her grandson.

She was preceded in death by her father and brother, Steven Jackson.

To order memorial trees or send flowers to the family in memory of Juli Inman, please visit our flower store.