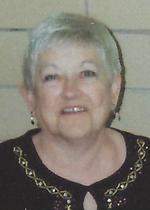 Funeral services are 10:00 a.m. Friday, August 10, 2012 at Dennison Funeral Home, Aledo.  Burial will be in Eliza Creek Cemetery.  Following the graveside service there will be a luncheon at the Eliza Community Center.  Visitation is 4:00 – 8:00 p.m. Thursday, August 9, 2012 at Dennison Funeral Home, Aledo.  Memorials may be left for a fund to be determined later.

Judy enjoyed reading, dancing, playing cards and spending time with friends.  Most of all she loved time with her family; especially playing board games and riding the chuckwagon with her grandson, Andrew.

She was preceded in death by her grandparents, parents, her daughter-in-law Darla Bieri and one sister Janet Welch.

To order memorial trees or send flowers to the family in memory of Judy Bieri, please visit our flower store.